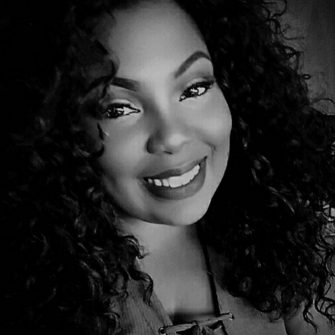 Shadaria A. Allison is the compelling author of several published manuscripts; a motivational speaker, rising advocate for women, and community organizer.

Her freshman release, “Wise as a serpent, Harmless as a Dove”: A Woman’s Manual” (2015) proved to be a “life-changing” body of work influencing and empowering women of all ages to pursue transparency throughout traumatic life and relationship experiences. Since then, Shadaria has produced thought to invoke literature that encourages unity amongst women and the attempt to challenge faith-based organizations and Governmental infrastructures to serve real communal needs.  This passion has afforded her the opportunity to speak at several high schools, churches, and panel discussions. She firmly believes that empowering, educating, and relating honestly to today’s youth, opens the door to the possibility of reconciliation on a Global level. Her altruistic efforts landed state-wide recognition, as she was chosen as an Alabama finalist and presented a medal from United Way ‘s 2018 “Ignite Awards” for community organizers and their innovative approaches towards communal reform. This and many other communal contributions launched her into the forefront of local Birmingham news outlets. Allison was interviewed on both Fox News and the Birmingham Times newspaper for her overcoming success story as an impoverished teen mom turned humanitarian.

Shadaria’s charismatic approach to global issues have received great responses from various generational audiences breaking social stigmas and communication barriers, gaining her several requests on projects that require a “fresh” perspective. Her recent contribution aided on a national level, as was a vital addition to the communication strategy and rallying for both the millennial vote and election of Birmingham’s youngest Mayor in over a century, Mr. Randall Woodfin.

She has since served on massive community chairs such as the Civil Rights Birmingham “foot soldiers” Committee, and Mayor Woodfin’s transitional board for Environmental Justice and sustainability.

Her love and devotion for the historic city of Birmingham sparked the launch of her most recent manuscript series: Married2theMission: Birmingham A City Destined for reform.

By which she integrates both her passion for literature and her compassion for her beloved city into an all-out campaign to revitalize an abandoned hospital into a state-of-the-art rehab and recreational facility for the impoverished, mentally ill, and drug addicted individual.

An initiative Shadaria plans on carrying out nationally as it is her belief that there is a national cry for reform. One that can be answered from the help of Faith-Based communities and policyholders.

In pursuit of her bachelor’s in political science, certifications in journalism, print media, and mental health studies, Shadaria has proven that writing and the “good of her fellow man” is her passion, and some of the many ways she contributes to the “ever-changing” business society.

She is a deliberate investor in the welfare of all women in ways that only a culture shifter could understand. She was the first female in the State of Alabama to counteract a derogatory celebrity annual parade into a reversed processional march. where she gathered locals to protest the sexual exploitation of women, sex trafficking, and promiscuity of teen girls.

Her transparency and relatability to the female heart have earned her the endearing nickname as “The Woman Whisperer” and “Birmingham’s Darling”. She has spoken to hundreds of women ages ranging from teens to the elderly and has been invited to schools and Recreational centers to speak. There is never a dry eye in the place of her absence.  A fierce female liberator of her time, Shadaria has been compared to the likes of Coretta Scott King by which she humbly accepts the awe-inspiring connotation.

Shadaria’s passion for women’s equality afforded her the opportunity to serve momentarily under Emerge Alabama a local branch of a National support group for women who plan to run for public office. Shadaria also successfully petitioned the President of the United States of America for a review of the Equal Pay Act to raise awareness and equality of equal pay for all women. (2017)

Though duty calls her many places her favorite place to be is wherever her son is. Shadaria is the devoted mother of Ca ’ren Franklin who aspires to be an Aerospace engineer and study engineering at Yale University.

Recognized amongst the rising millennial leaders of this generation, Shadaria Allison plans to continue to touch lives. One woman at a time.